The district includes commercial buildings on both sides of Davis Avenue below the park, and both sides of Benton Avenue, from a point south of 7th Street, north to 9th Street. There is just one building (a garage, 612 Benton) on the east side of Benton Avenue given that the other buildings on that side of the street all orient east to Davis Avenue as described. Just one 6th Street address (508, a former gas station) is included. Four 7th Street buildings, all on the district’s west periphery, are included. The buildings at 505 and 507 8th Street, both of which front north towards the park are included, although the former City Hall, built as a part of the Opera House block (800 Davis Avenue) also fronts south onto that street. No 9th Street addresses are included and the courthouse is excluded due to the visual impact of its recent remodeling.

The buildings, due to the lay of the land, rise progressively in elevation between the south and north end of the district. The buildings along Davis Avenue are architecturally larger, more ornate, more closely placed, and more retail in function than are the counterparts on Benton Avenue. The commercial architecture on that street, Benton Avenue serving more as a working street, and as a broad parking lot, reflects more specific uses such as those of auto repair, a bank, a creamery, repair shops, numerous small offices and the like. Seventh and Eighth streets are architecturally the most important commercial streets within the district. Sixth Street was important as a highway but the architectural response to it was limited to gas stations and eateries. The other streets have retail buildings that front along them, those on 7th are combined with the 1930s federal post office, and those on 8th are associated with the park.

The district first developed with its largest and most substantial blocks being clustered at the southwest corner of Central Park, while the remaining buildings were almost completely of frame construction. Over time, the upper portion of Davis Avenue developed as the core downtown, with the larger, more substantial and more elaborately designed buildings being built there. The corner of 7th Street and Davis Avenue became the “100-percent location” where the banks all clustered. The transition from frame to brick commercial buildings started in the mid-1890s and was in the long run intensified by the losses of the 1896 fire. “Fireproof” construction was the rule, with few exceptions thereafter. Even today, the “boom town” frame storefronts at 513 and 515 Davis survive.

The vast majority of commercial building examples are classed as representing the commercial form or type. Other associated stylistic influences are for the most part minimally expressed given that their applications are restricted to a narrow yet tall façade with fairly limited and conservative ornamentation. Corner and other prominent buildings are the exception, particularly when turrets, oriels and more elaborate parapets and cornices are employed. Their construction dates range over a lengthy period of time. Single-story designs in particular are prone to this classification due to the fact that any minimal ornamentation is usually found in the transom-parapet areas of their design. The Italianate stylistic influence is represented by five examples (525, 601-03, 616-18, 617, 715 Davis Avenue). This categorization is applied to those examples that evidence elongated narrow upper windows (now or originally) and pressed tin or other elaborate cornices. The Queen Anne style has seven example buildings, all of which are located north of 7th Street on Davis Avenue (700, 704-06, 713, 719, 722, 723-29, 724-26 Davis Avenue). Some of these examples also reflect Classical Revival design influences. The Classical Revival style is also represented by two 1902 public (or quasi-public) examples, the opera house 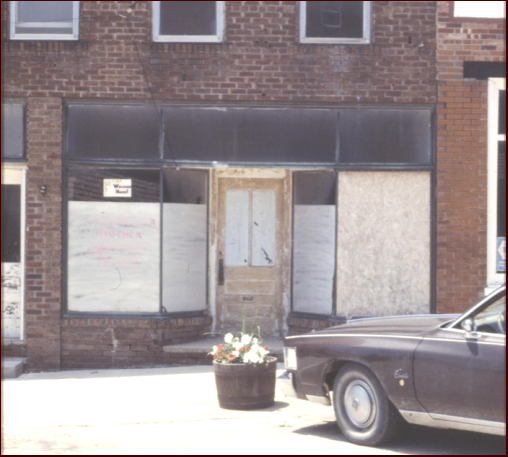 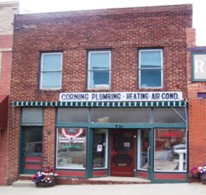 (800 Davis) and City Hall (406 8th Street) and one private one, the I.O.O.F. hall at 507 8th Street.  The more prominent of both of these revival styles do approximate what could be stylistic examples rather than lesser “influences.”  These buildings tend to be larger named blocks, have bays (or had them originally) or oriel upper level windows, elaborate brickwork and particularly highly ornamental parapets often with decorative pediments as well as inscribed names and date stones.  These are all later examples that reflect the mid-1890s boom in downtown building.  The Craftsman stylistic influence has two examples, both of which represent the later up building of the 600s block of Davis Avenue (605-07, and 615 Davis Avenue).  Finally the Colonial Revival stylistic influence is represented by two early public buildings, these being the library (829 Davis) and post office (606 7th Street). 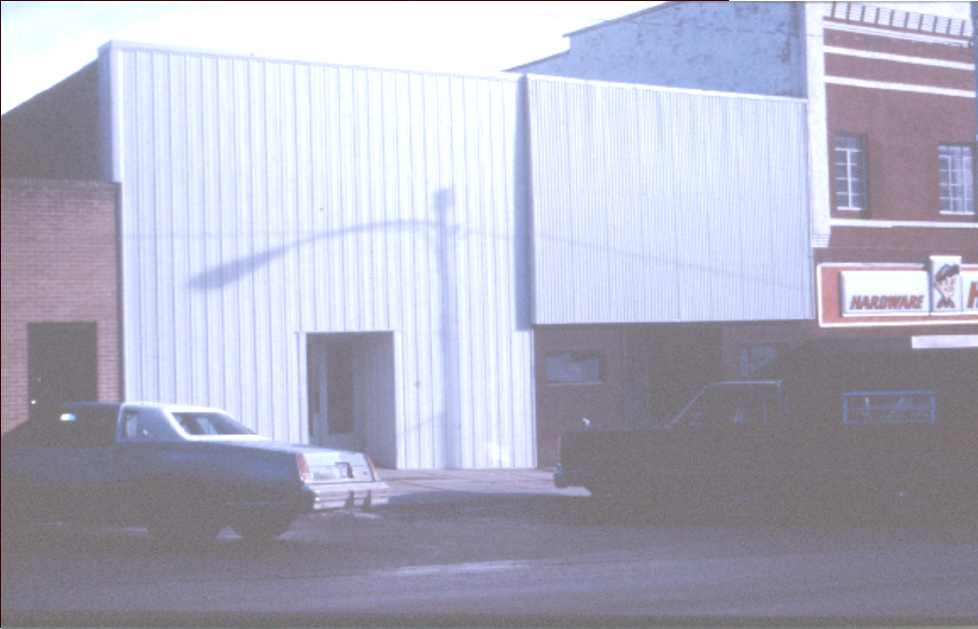 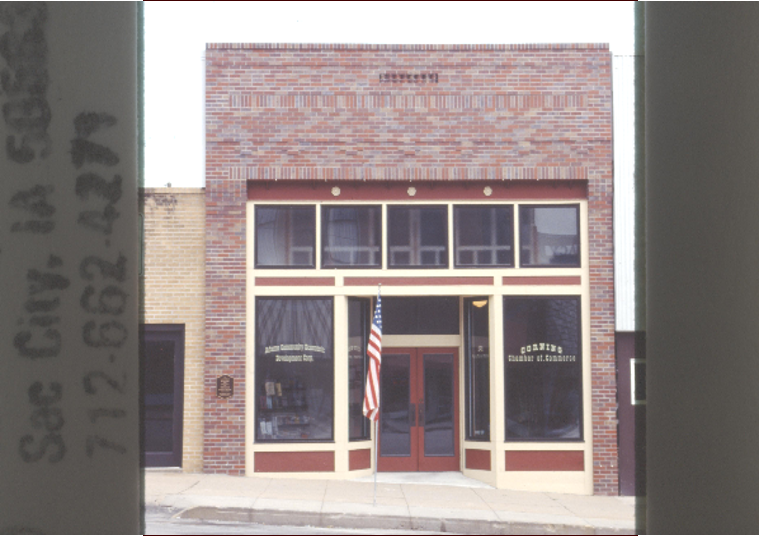 The district buildings are almost all commercial ones, both from the standpoint of original construction and purpose and subsequent use.  Just four residential buildings are included, two of which housed commercial activities in their later years (one in a separate front yard office building, non-extant).  The other two buildings consist of a former church and its former parsonage.  With the exception of the former church (824 Davis) these are cottage buildings.  The vast majority of the commercial buildings have full basements, load-bearing brick walls, parapet surrounds and flat roofs.  They are rectangular in footprint and orient one or two of their narrower end walls as ornamental commercial facades to one of the two principal parallel commercial streets.  A dozen buildings front to the numbered cross streets.  There are 39 single-story and 38 two-story plans.  While the former are evenly divided across the downtown, all but five of the two-story buildings are located on the principal “main street” Davis Avenue or the contiguous side street locations.  All of the architecturally distinctive buildings do the same, save for the post office (606 7th Street), the creamery (813 Benton) and the library (829 Benton).  The unusual if not unique feature of this downtown is that the buildings on the west side of Davis Avenue, between 9th and 6th streets, have functional entrances at both ends of their plans and in many cases there are two historic facades that reflect this.

If you would like us to mail you a guide, please fill out your mailing address below.